A few weeks ago I was updating my twitter profile and saw that the only tweet I didn’t delete when I last cleaned up was this:

Just a link to shouldigrowabeard.com and #inspired. I still remember what the site was. Just a plain page with a big Yes.

Back in 2013 I had just started growing out a (small) beard, so I guess I was actually inspired to some degree. Although tweeting about the site was mostly a joke.

This time I happened to stumble on the tweet whilst wearing a beard that I’ve been growing for over 18 months. A funny little coincidence.

Unfortunately when I clicked the link, it was dead. A little sad, sure. But not surprising. Maybe it just didn’t get all that much traffic to be worth it. Why would someone pay to keep such a simple joke site alive, especially if there isn’t much traffic to it?

You might have guessed already, but I decided to buy shouldigrowabeard.com. I don’t even have a reason why. Maybe it’s just for this little story. “I tweeted about this site nearly 10 years ago, and now I own it.”

Domains are interesting. They’re a little slice of the internet you can own for a while. And there’s also the chance that the domain you’re using was previously used by someone else.

Luckily archive.org exists. Digging around in the web of the past and experiencing a snapshot of it all those years ago is a fun rabbit hole to jump into. It’s not exactly something you can do with your home. Sure there are photos, but you can’t explore it as it was years ago (there’s a free idea for the AR/VR people). Anyway, I checked out the site from back in 2013 to see if it was how I remembered it. Here’s the link if you want to see for yourself. 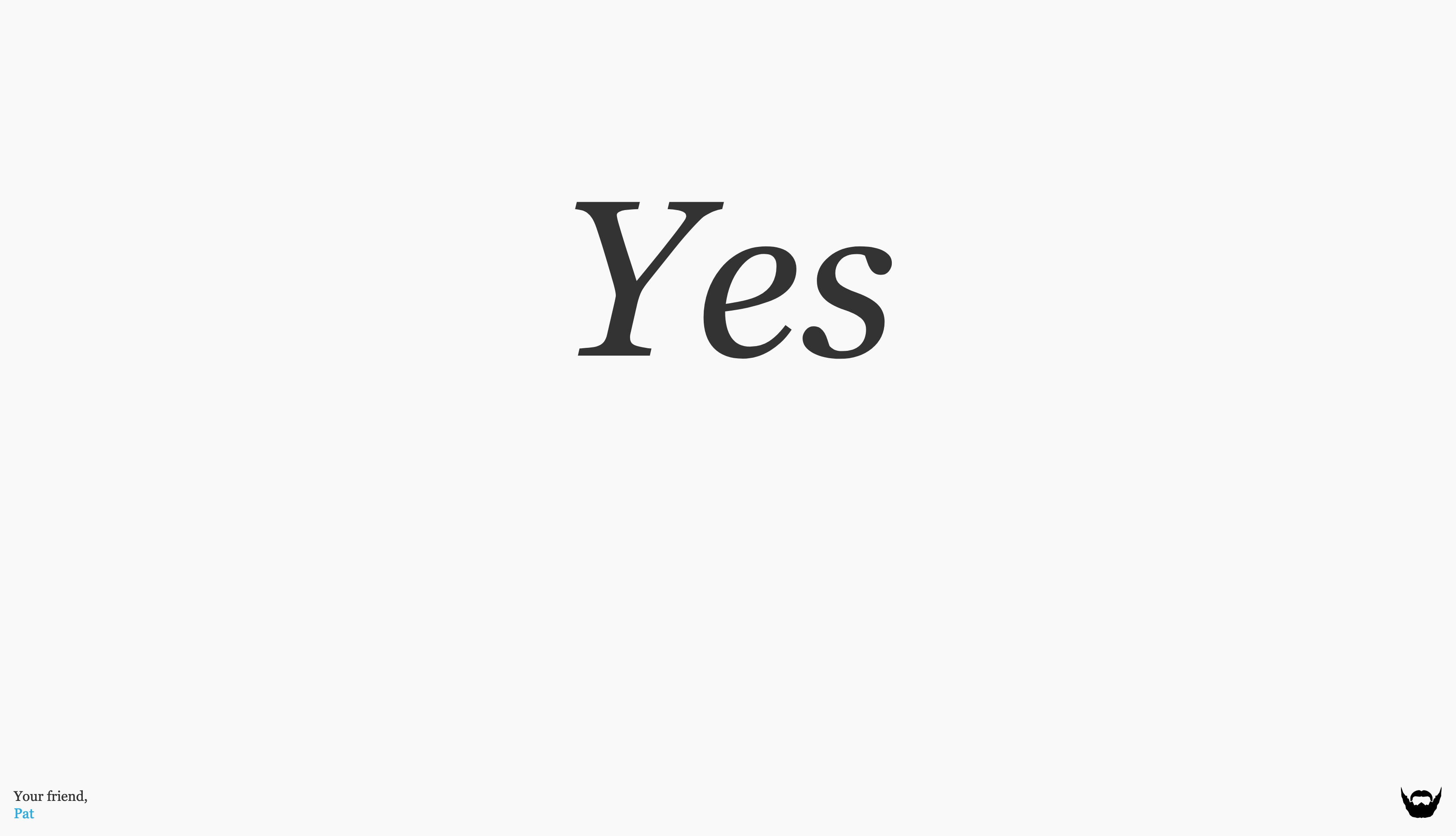 Almost identical to how I remember it. Just a plain Yes alongside a little call out to the original creator of the site Pat Dryburgh.

I emailed Pat about shouldigrowabeard.com. He’s been growing his beard for over 18 months too, and ‘still strongly supports the message’ unsurprisingly.

The site remained like this for a year or two until Pat stopped renewing the domain. 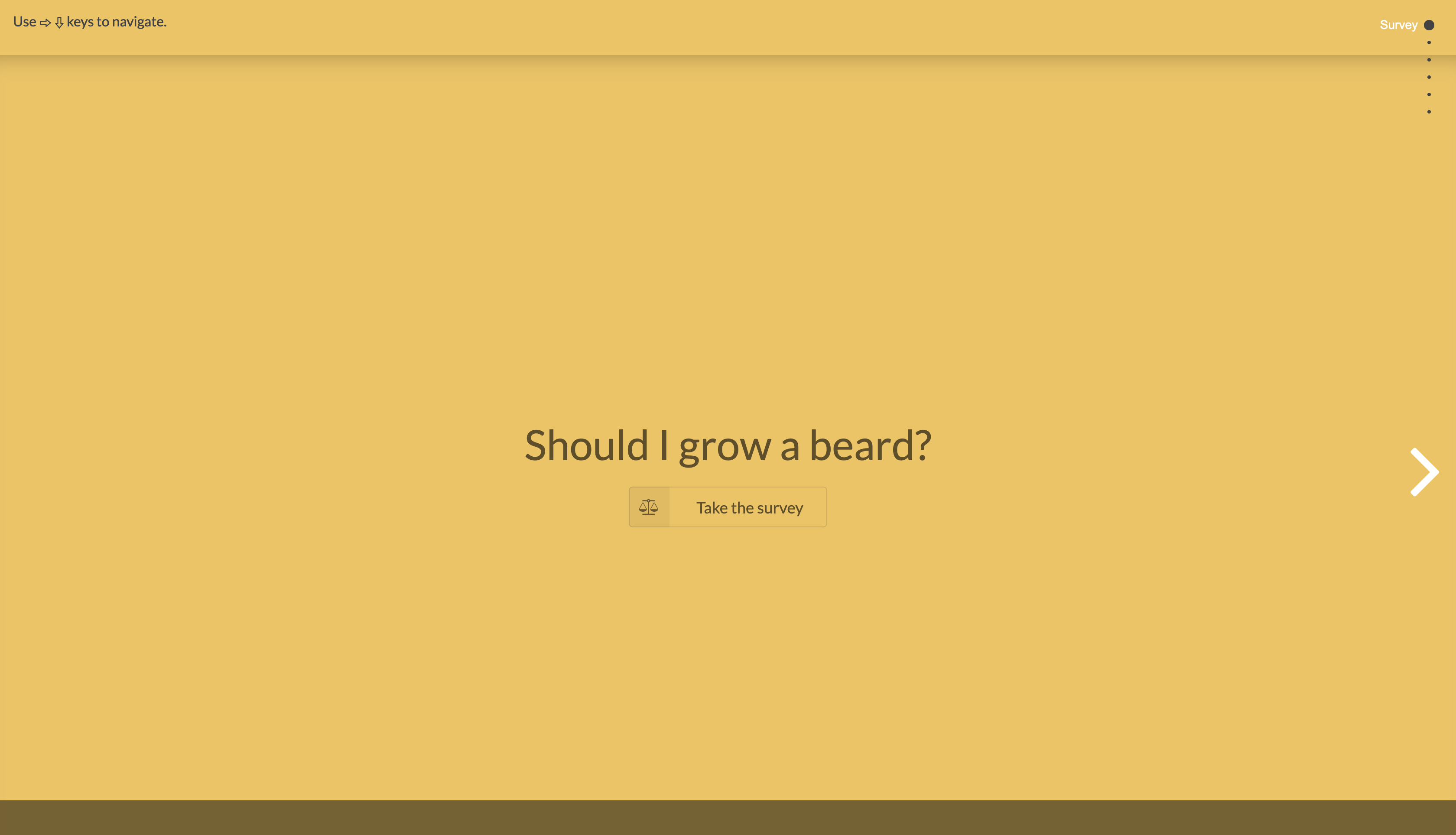 This time, it had a little more content than the original. Although not much more. The little questionnaire always says ‘yes’ in one way or another. And some of the writing is a little jarring, if not a bit cringey. But I guess that was the humour of 2016.

It was unsuccessful. So that died too.

Then I stumbled along. Snagging the name for $9 on a whim.

“So what are you actually going to do with it?” I hear you saying. Well, I don’t really know. For now I’ve decided to pay homage to the original by resurrecting the 2013 version of the site (with permission from Pat).

With the site being so simple, it wasn’t exactly a big task to recreate and host the site. But something about this whole thing feels very ‘early internet’ - with people making things just for fun for no reason other than they can.

One part of me says that shouldigrowabeard.com could just be a better version of the last iteration. With a questionnaire that is actually useful, articles that discuss why and why not to grow a beard. Maybe even affiliate links to beardcare products.

Another part of me says that it could be a bit more than that.

What if I gave the domain to a stranger after a year, and see what they do with it? The sites that have been on the domain already have a varied, ephemeral feeling to them anyway. Why not continue with that?

What would happen if it got passed around every year? How many personalities would we see?

I’ll keep the 2013 version of the site up until I decide what I’m doing with my take on shouldigrowabeard.com. At least then I won’t have a dead link in my Tweet.

If you have any good ideas for what I should do with shouldigrowabeard.com tweet at me.

Join my journey by subscribing to my list and I'll let you know when I do interesting stuff (less than once per month).